Heaven’s messages for our times

Do not despise the words of prophets,
but test everything;
hold fast to what is good... 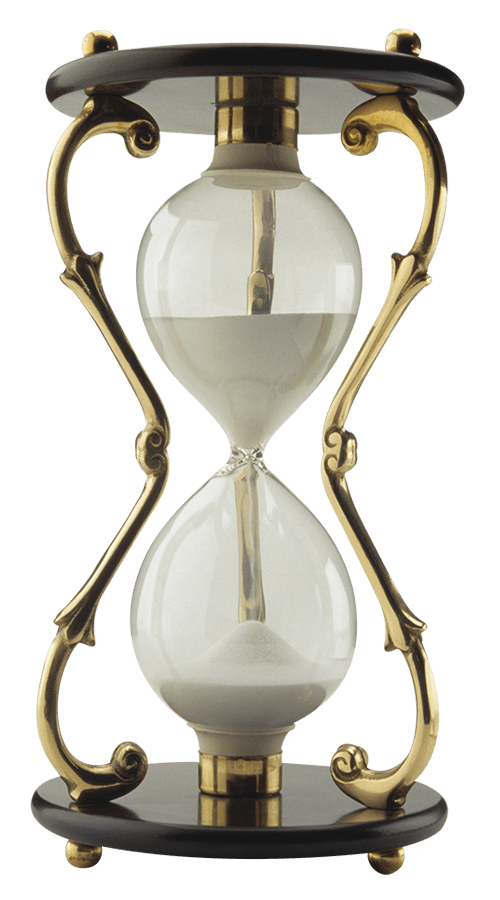 With the death of the last Apostle, Public Revelation ended. All that is necessary for salvation has been revealed. However, God has not ceased to speak to His creation! The Catechism of the Catholic Church states that “even if Revelation is already complete, it has not been made completely explicit; it remains for Christian faith gradually to grasp its full significance over the course of the centuries” (n. 66). Prophecy is God’s eternal voice, continuing to speak through His messengers, whom the New Testament calls “prophets” (1 Cor 12:28). Can anything God say be unimportant? We don’t think so either, which is why we created this website: a place for the Body of Christ to discern credible voices of prophecy. We believe the Church needs this gift of the Holy Spirit more than ever—a light in the darkness—as we countdown to the coming of Christ’s Kingdom. 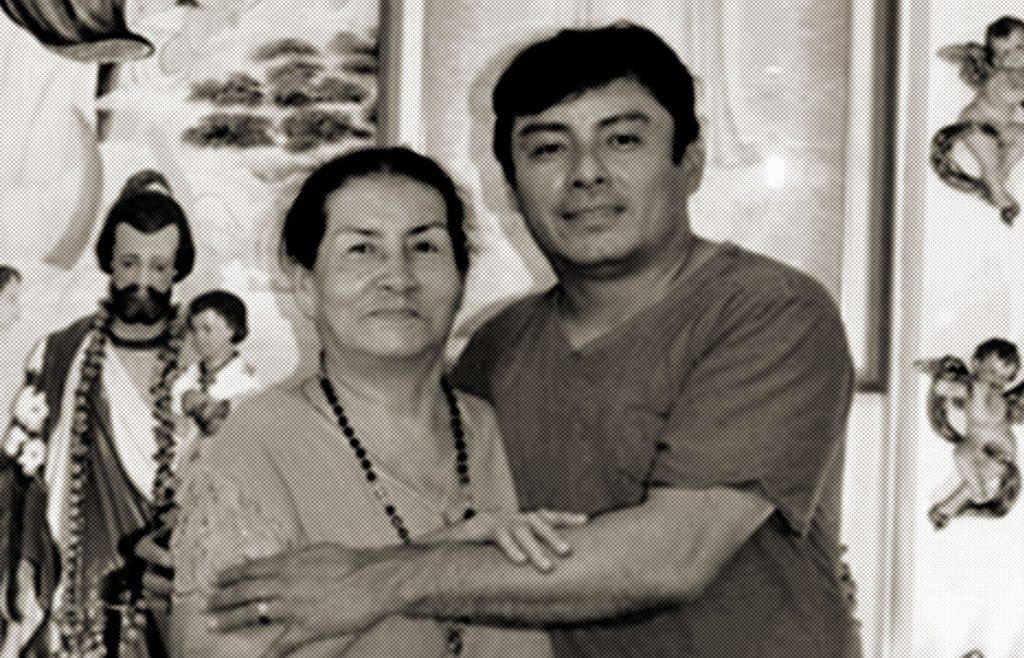 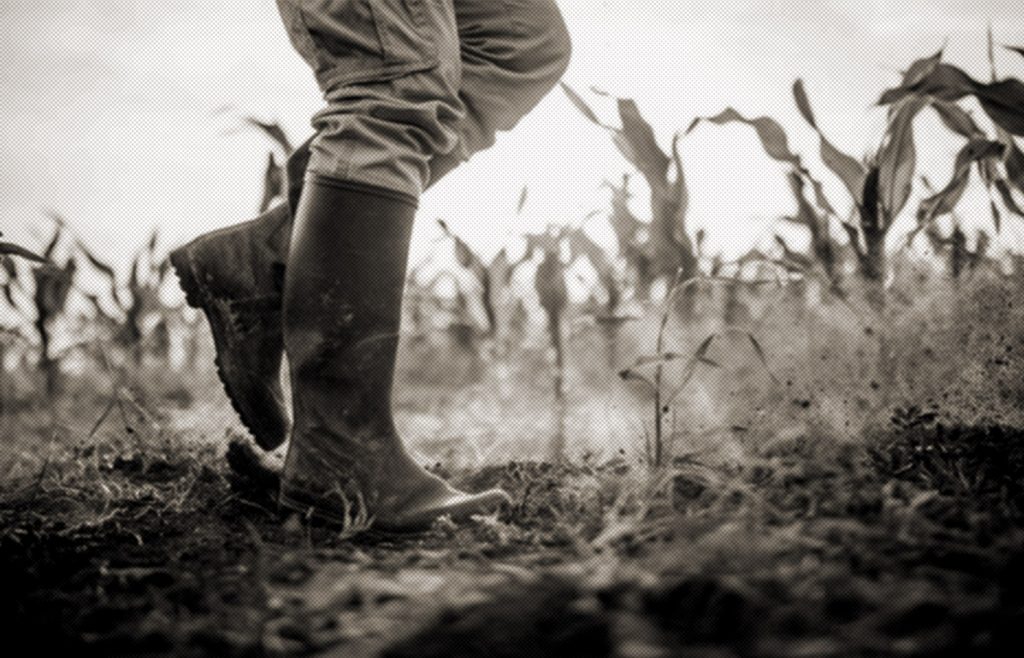 Why An Unlikely Soul? 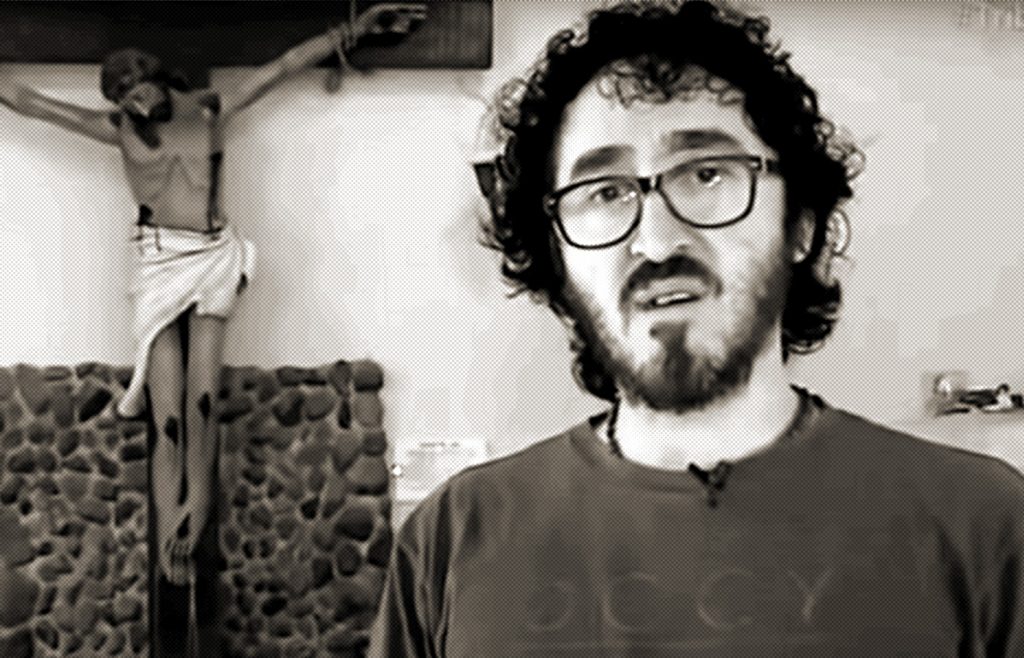 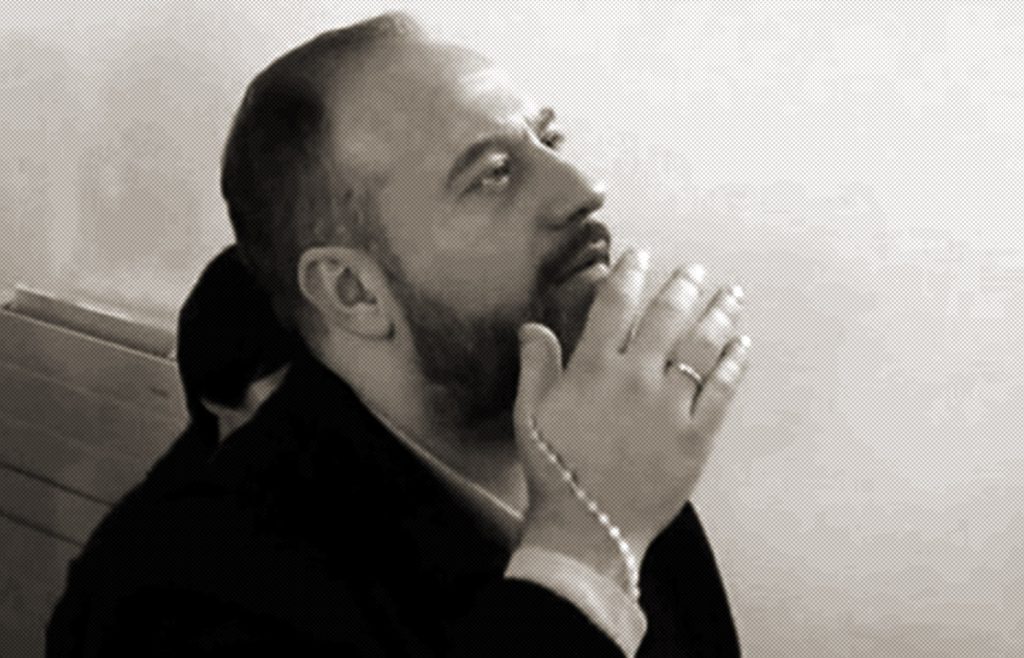 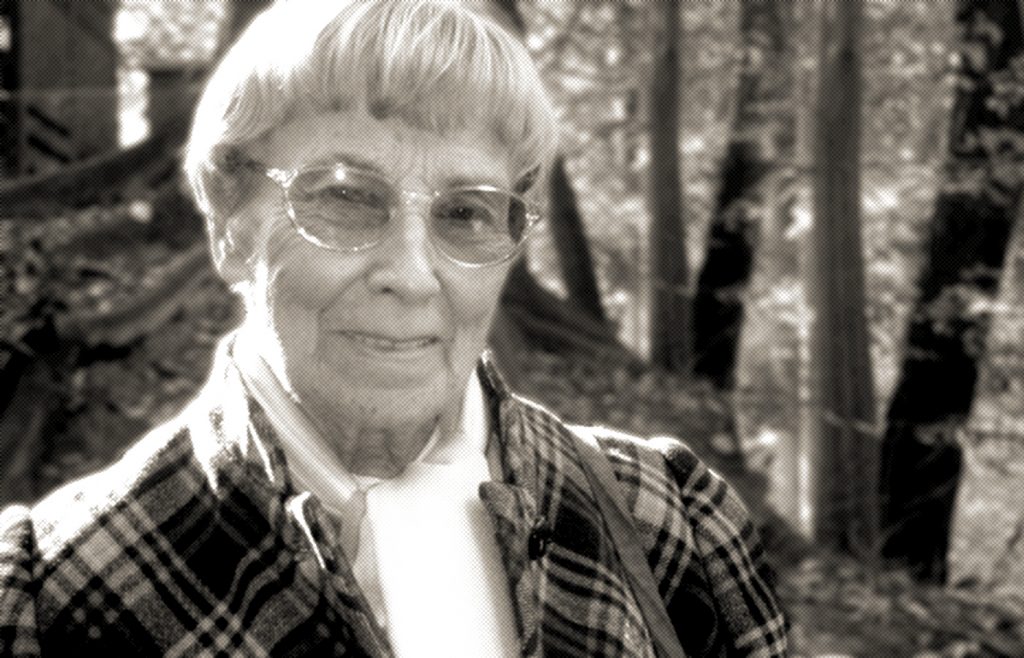 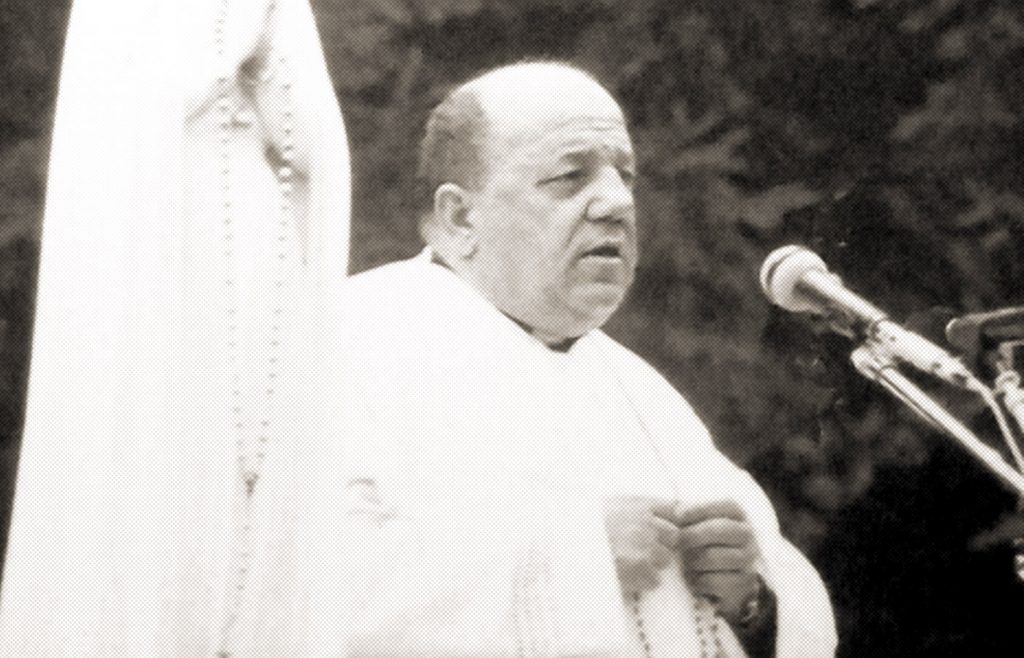 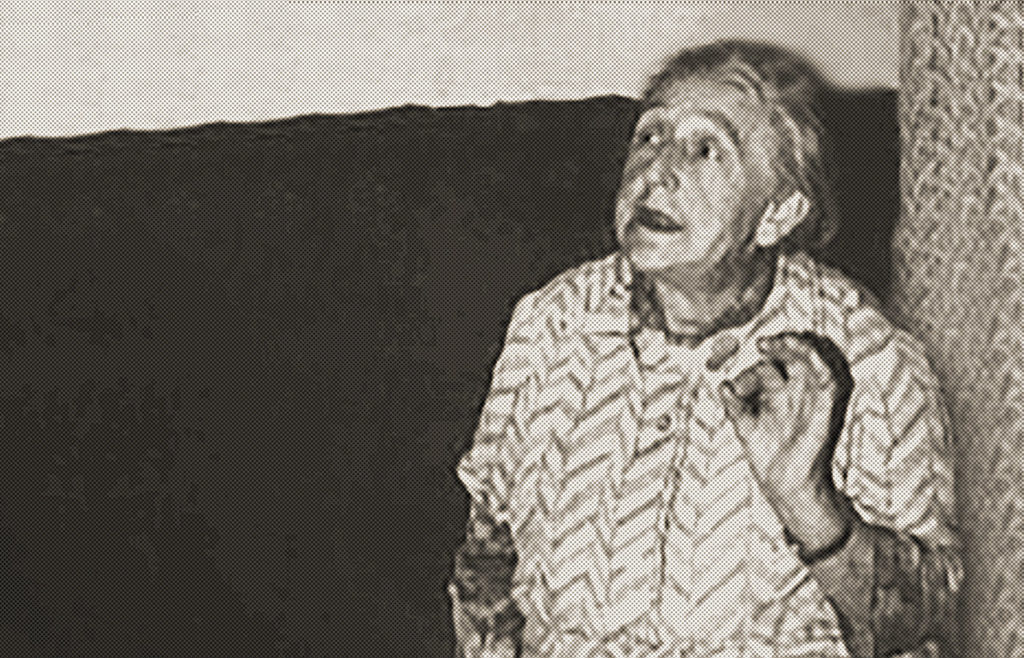 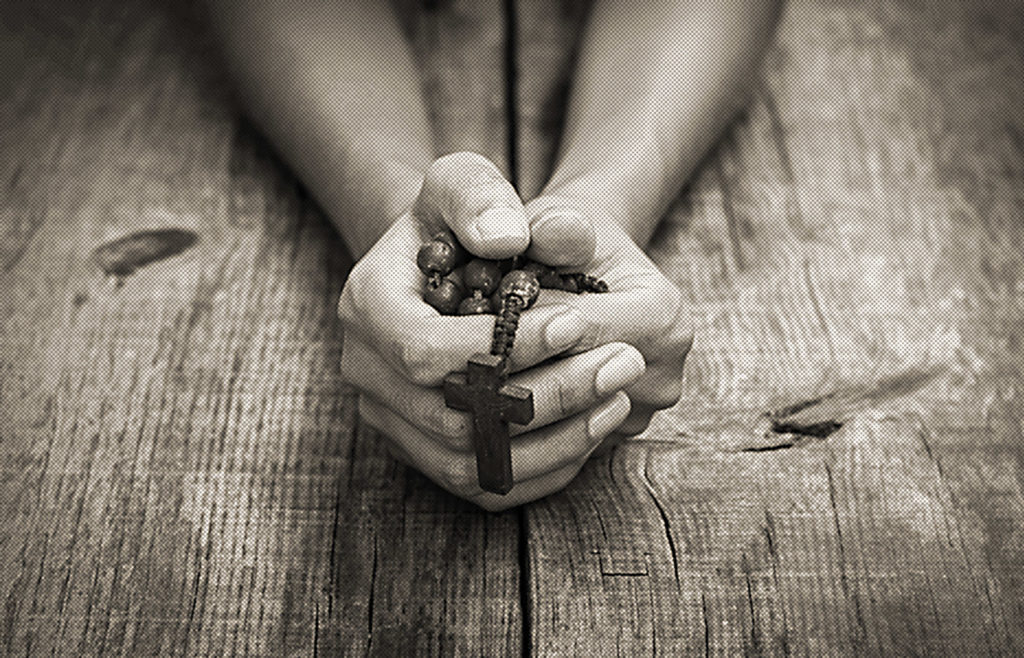 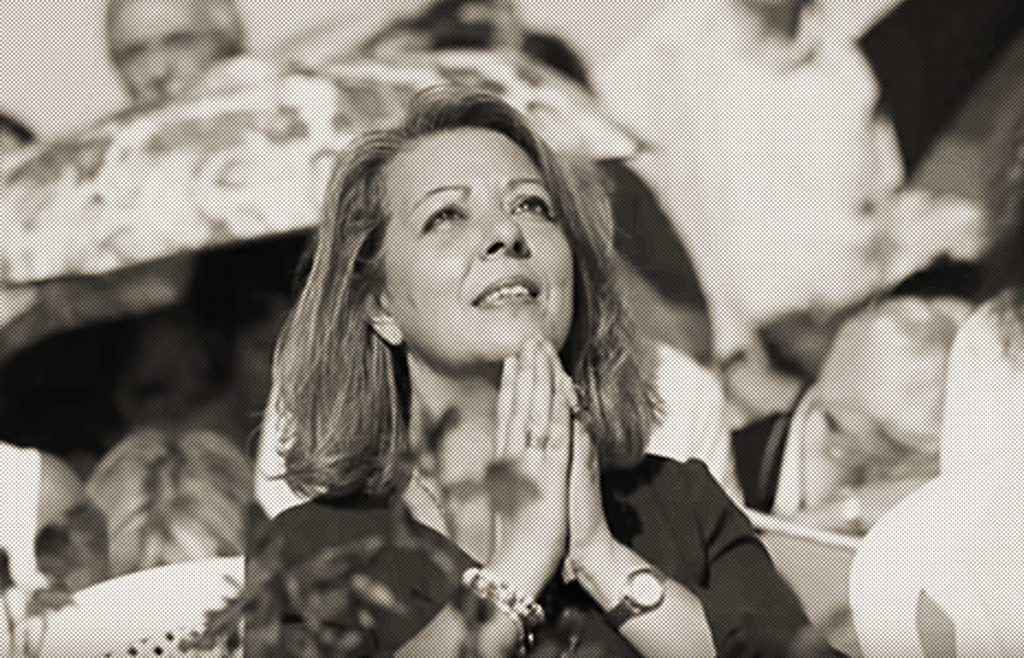 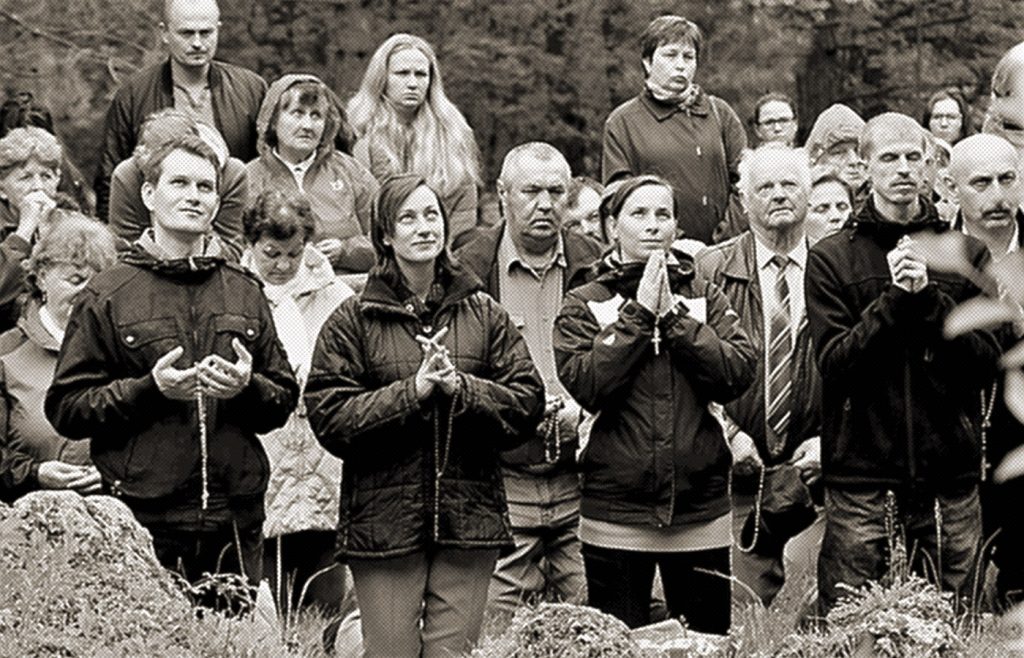 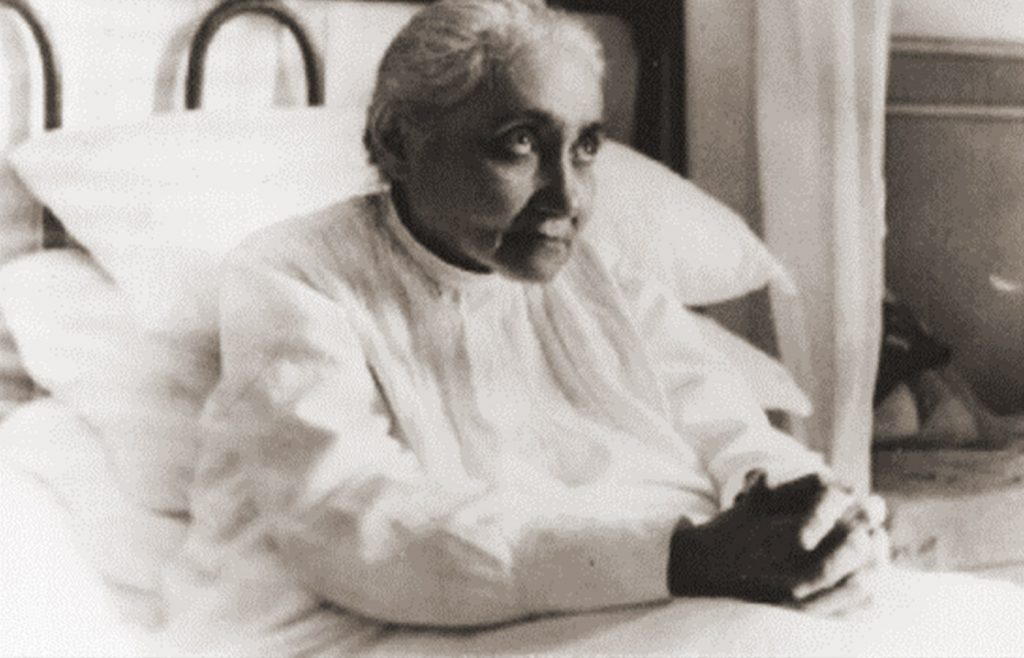 Why Servant of God Luisa Piccarreta? 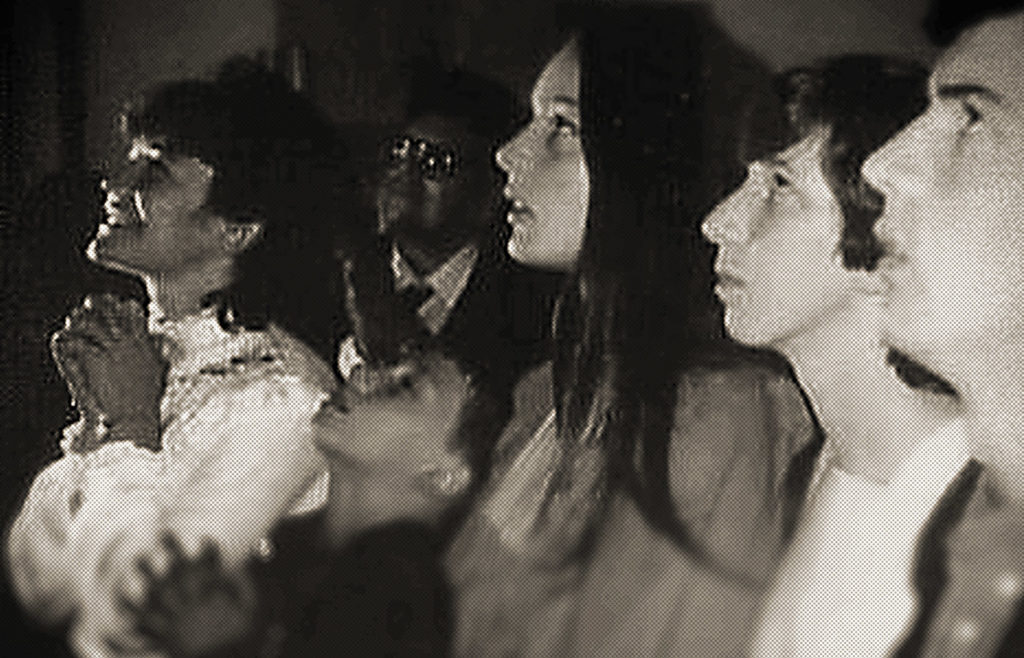 Why the Visionaries of Our Lady of Medjugorje? 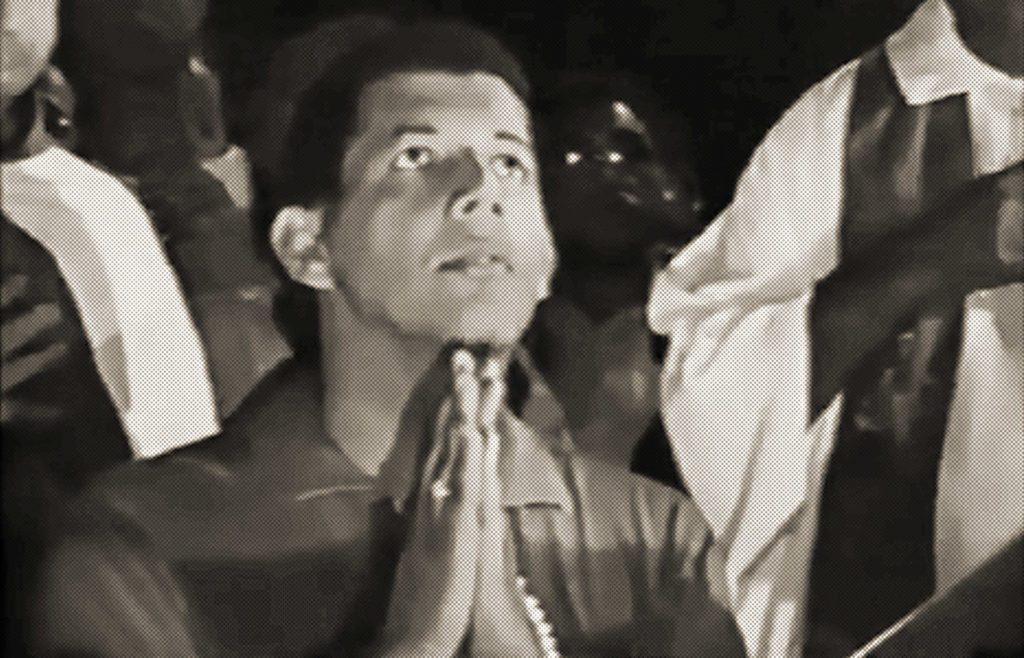 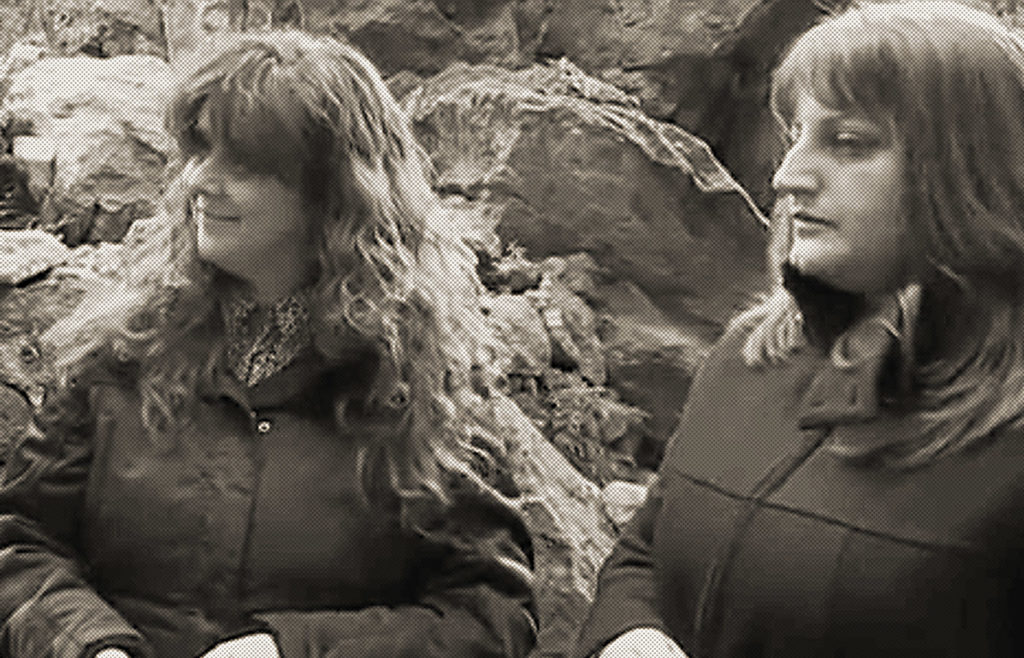 Why Simona and Angela? 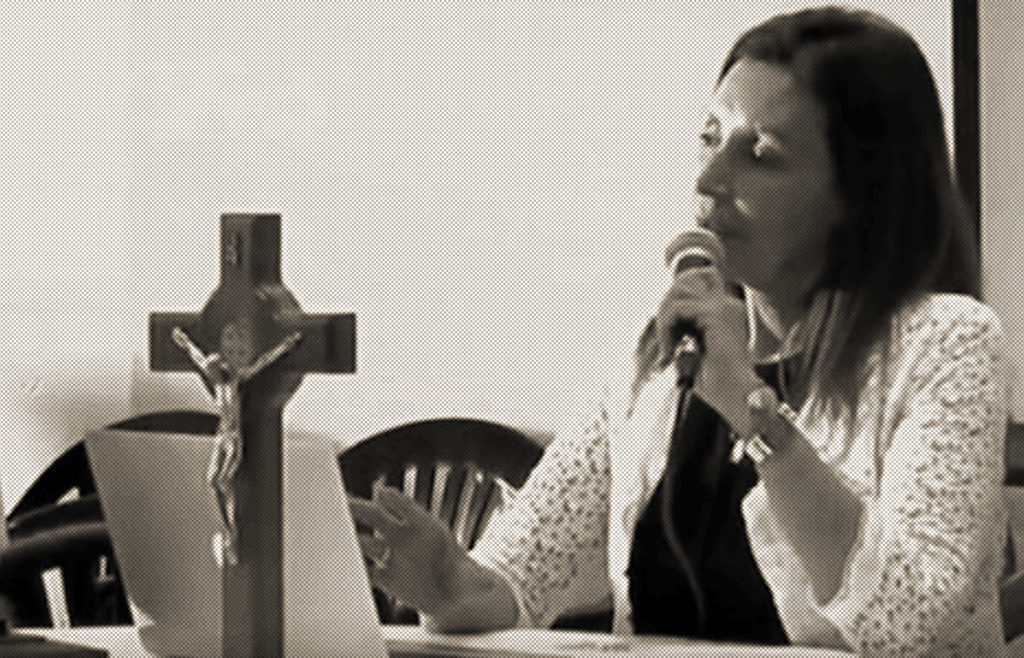 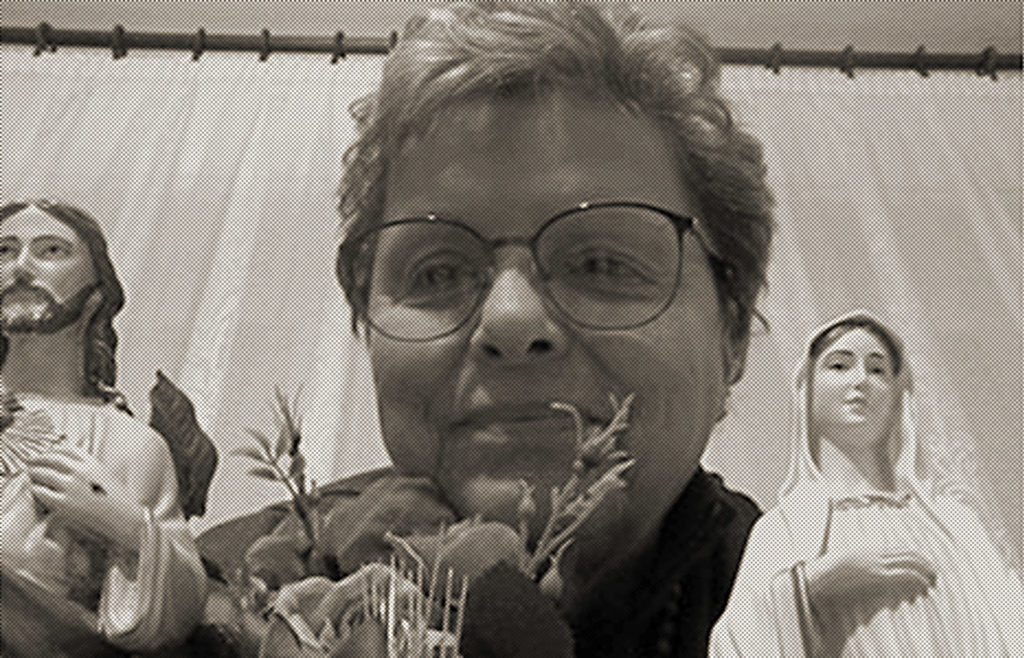 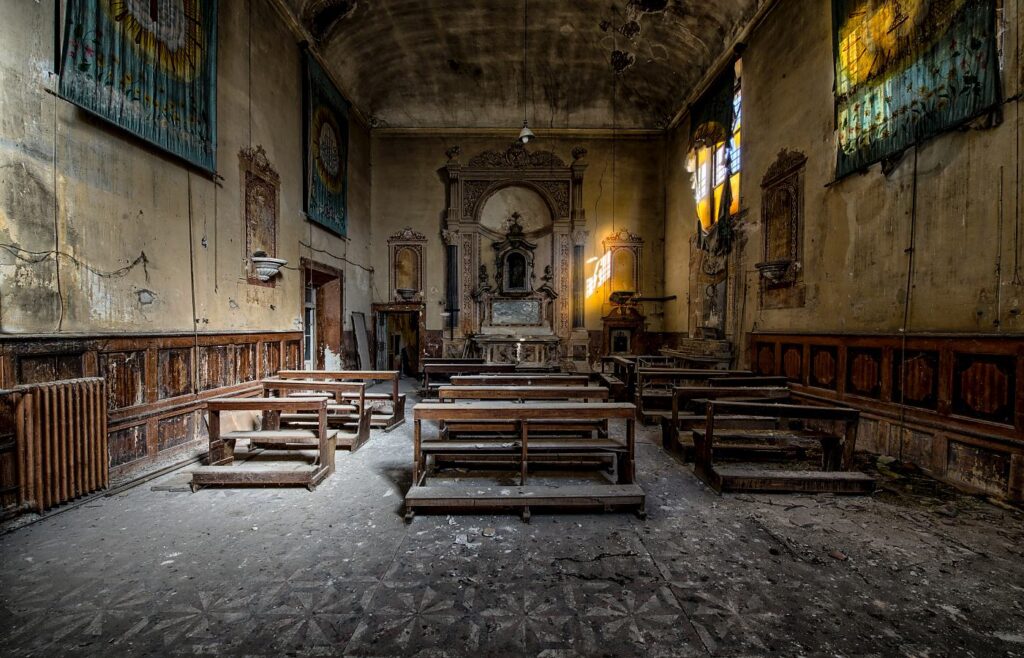 Simona – A Vision of the Remnant Church

February 4, 2023
Pray for priests that they would be ready for battle.
Read More 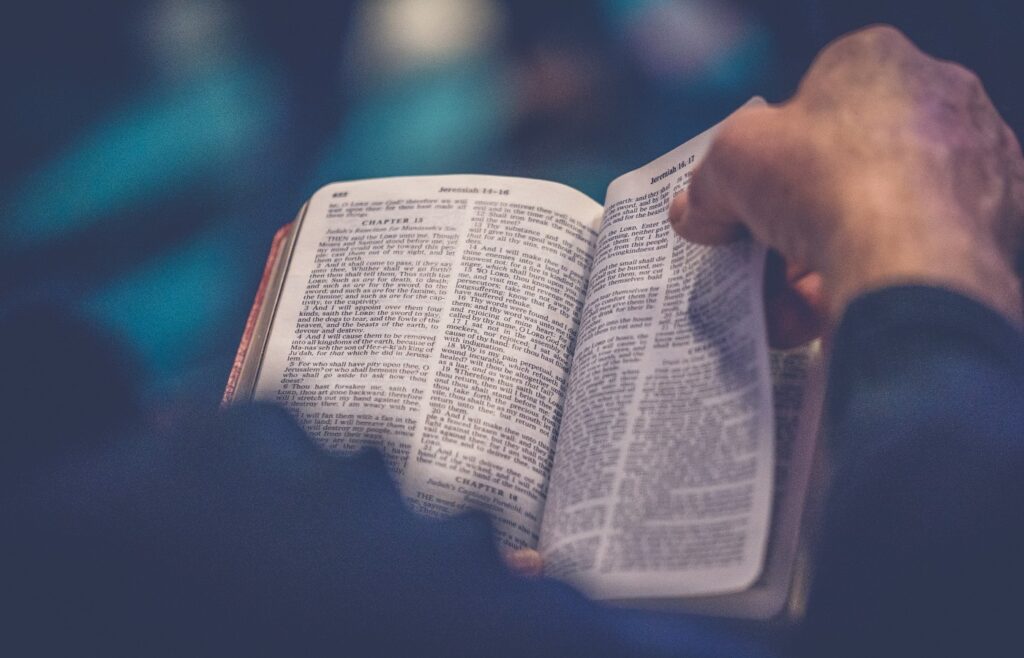 Angela – The Word is to be Lived 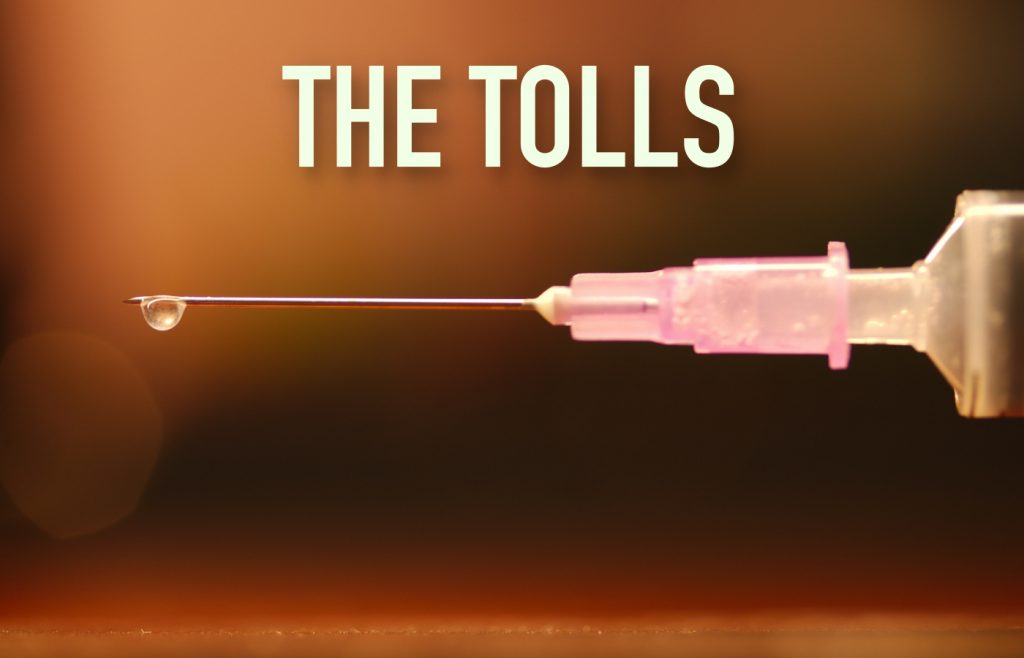 February 3, 2023
Reports of deaths continue to mount around the world...
Read More 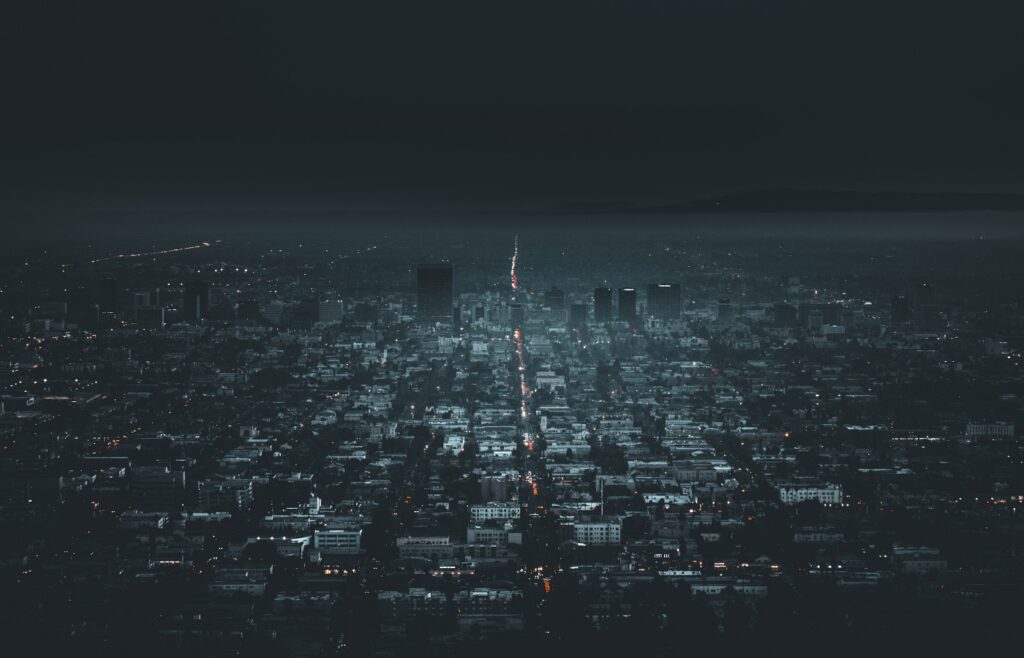 These Times of Antichrist 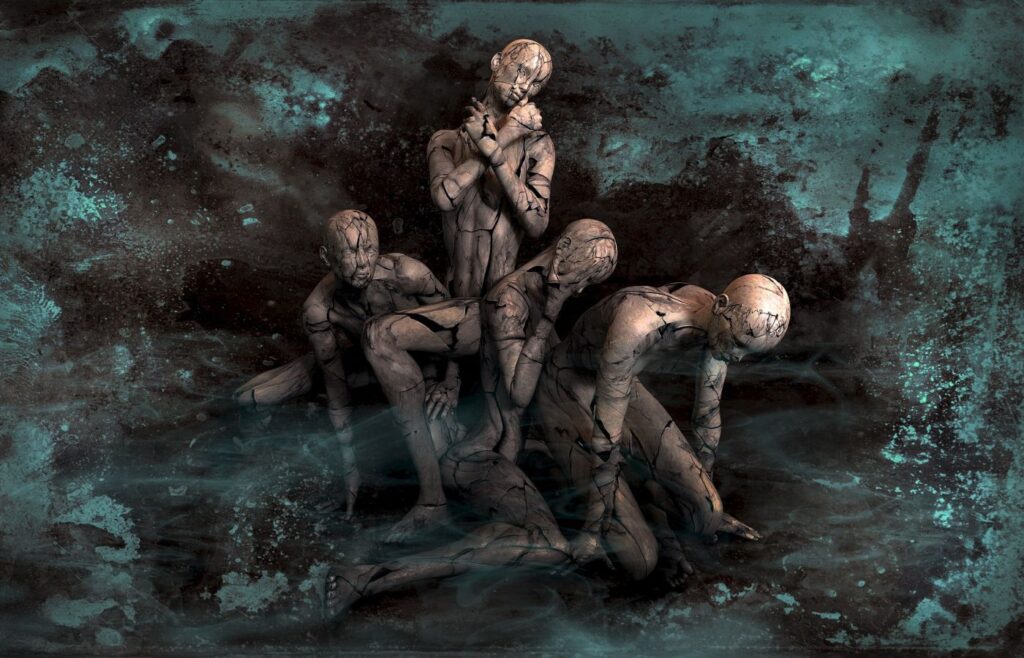 Luz – Confusion Will Be Widespread

January 30, 2023
...orchestrating the platform of the Antichrist.
Read More 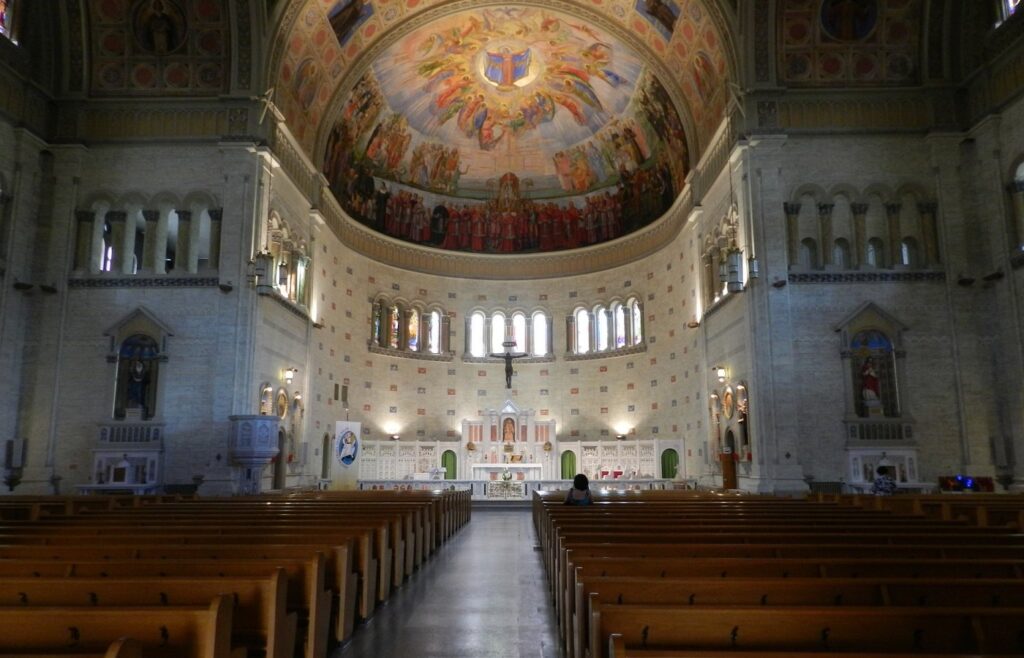 Marco – The Church is in Great Danger

January 30, 2023
Confusion will not win and the forces of evil will not prevail
Read More
See all messages »

The Labor Pains
The Warning, the Reprieve, and the Miracle
The Divine Doors
The Day of the Lord
Time of Refuges
Divine Chastisements
The Reign of the Antichrist
The Three Days of Darkness
The Era of Peace
The Return of Satan’s Influence
The Second Coming

Several mystics have spoken of a time of great tribulation that is coming over the earth. Many have compared it to a storm like a hurricane.

The Warning, the Reprieve, and the Miracle

There have been major “before” and “after” events in biblical history that have changed the course of human life on Earth. Today, another momentous change may be upon us in the near future, and the vast majority of people know nothing of it.

The Day of the Lord

The Day of the Lord is not a twenty-four hour day, but according to the Church Fathers,
a period of time when the earth will be purified and the saints will reign with Christ.

The Church will be reduced in its dimensions, it will be necessary to start again...

The Reign of the Antichrist

Sacred Tradition affirms that, at the end of an era, a certain man whom St. Paul calls “the lawless one” is expected to rise as a false Christ in the world, setting himself as an object of worship...

The Three Days of Darkness

We must be frank: spiritually and morally speaking, the world is in a state far worse than it has ever experienced before in history.

The Era of Peace

This world will soon experience the most glorious golden era it has ever seen since Paradise itself. It is the Coming of the Kingdom of God, wherein His Will shall be accomplished on earth as in Heaven.

The Return of Satan’s Influence

The Church teaches that Jesus, indeed, will return in glory and that this world, as we know it, will come to a screeching halt.  Yet this will not occur before a fierce, cosmic battle in which the enemy will make his final bid for world domination... 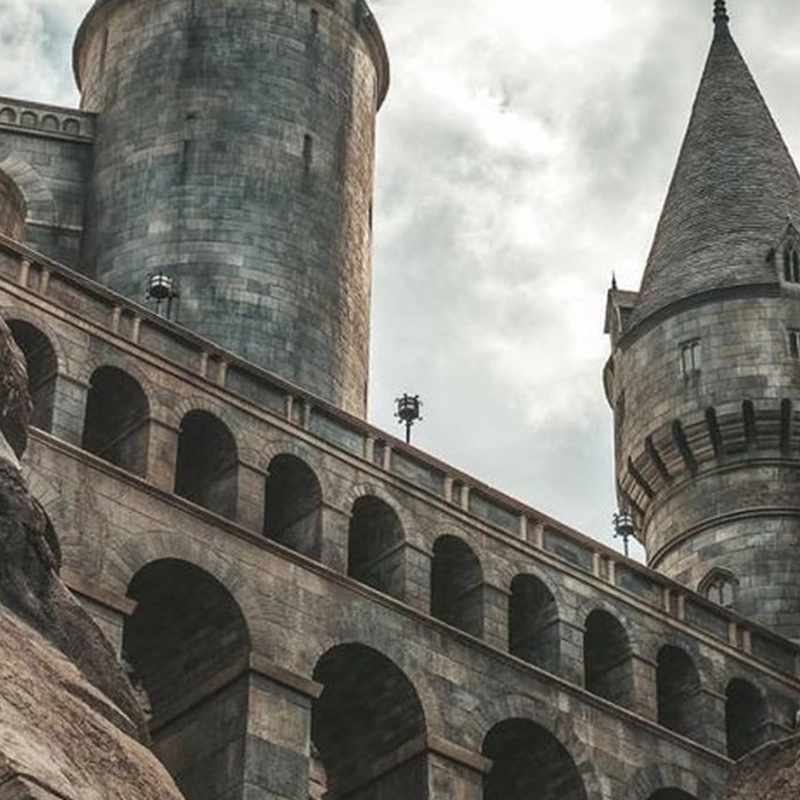 Health, healing, and protection for the body and home. 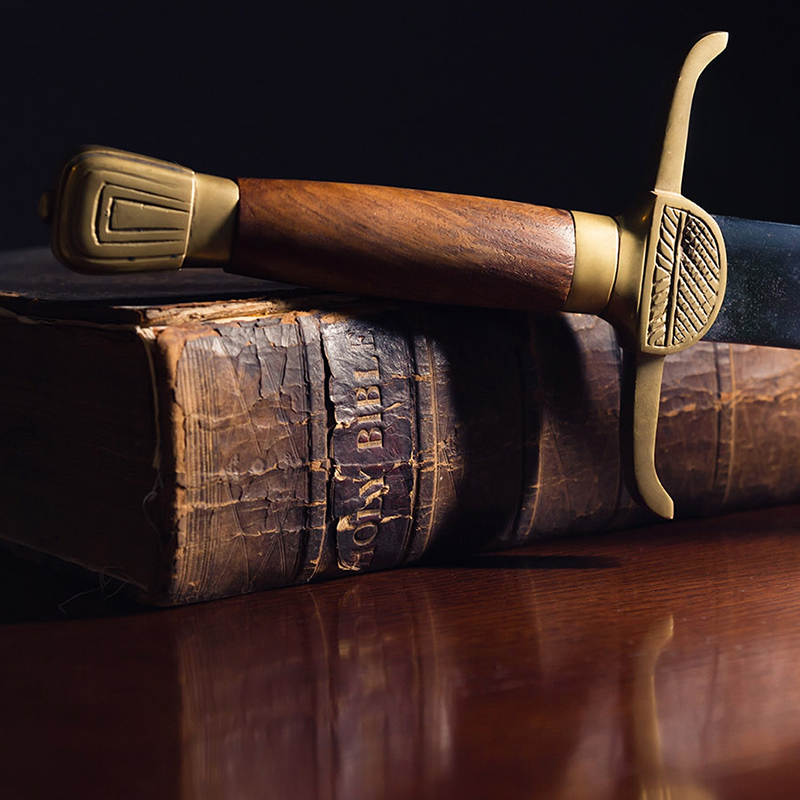 Spiritual practices and protection for yourself and your loved ones.

In the event that Big Tech shuts us down, and you'd like to stay connected, please also add your address, which will never be shared.

Daniel O’Connor is a professor of philosophy and religion for a State University of New York (SUNY) Community College.

The widespread reluctance on the part of many Catholic thinkers to enter into a profound examination of the apocalyptic elements of contemporary life is, I believe, part of the very problem which they seek to avoid. If apocalyptic thinking is left largely to those who have been subjectivized or who have fallen prey to the vertigo of cosmic terror, then the Christian community, indeed the whole human community, is radically impoverished. And that can be measured in terms of lost human souls. –Author, Michael D. O’Brien, Are We Living In Apocalyptic Times?

We kindly request that, while reading this website’s contents, all readers keep in the forefront of their minds the following six key caveats:

1. We are not the final arbiters of what constitutes an authentic revelation—the Church is—and we will always submit to whatever she definitively decides. It is with the Church, then, that we “test” prophecy: “Guided by the Magisterium of the Church, the sensus fidelium knows how to discern and welcome in these revelations whatever constitutes an authentic call of Christ or his saints to the Church.” (Catechism of the Catholic Church, n. 67)

2. We both acknowledge and deeply respect the distinction between Public and private revelation, and we do not propose any of the latter here as demanding the same assent as the former from the faithful.

3. We remain open to considering further developments relevant to discerning the revelations we have included, and thus are not claiming absolute certitude in each revelation on this site, even though we have decided that each is worthy of inclusion here and important to disseminate. The scope of this site’s content is intrinsically limited and nothing should be inferred from the mere absence of a given seer from its pages.

4. While we indeed take each private revelation very seriously, if it seems trustworthy by virtue of the Church-sanctioned norms for discernment (to read more click here), we are ultimately striving to extract from the diversity of revelations a “prophetic consensus” that itself neither rises nor falls on the authenticity of one or two mystics, but rather constitutes the clear call of the Spirit to the Church today.

5. We consider that even credible private revelation must be treated according to Church teaching. Here, we adopt the wisdom of St. Hannibal: “Conforming to prudence and sacred accuracy, people cannot deal with private revelations as if they were canonical books or decrees of the Holy See…” (in a letter to Fr. Peter Bergamaschi)

6. Seers are fallible instruments, and as such, “…everything God reveals is received through and according to the subject’s dispositions. In the history of prophetic revelation it is not uncommon that the prophet’s limited and imperfect human nature is impacted by a psychological, moral or spiritual event that may hinder the spiritual enlightenment of God’s revelation from shining perfectly in the prophet’s soul, whereby the prophet’s perception of the revelation is involuntarily altered.” (Newsletter, Missionaries of the Holy Trinity, January-May 2014). Therefore, this website is not an endorsement of everything a seer has said or written. We only consider what is posted here based on the above criteria.

In every age the Church has received the charism of prophecy, which must be scrutinized but not scorned. —Cardinal Ratzinger (BENEDICT XVI), Message of Fatima, Theological Commentary, www.vatican.va

We urge you to listen with simplicity of heart and sincerity of mind to the salutary warnings of the Mother of God… The Roman Pontiffs… If they are instituted the guardians and interpreters of divine Revelation, contained in Holy Scripture and Tradition, they also take it as their duty to recommend to the attention of the faithful—when, after responsible examination, they judge it for the common good—the supernatural lights which it has pleased God to dispense freely to certain privileged souls, not for proposing new doctrines, but to guide us in our conduct. —SAINT POPE JOHN XXIII, Papal Radio Message, February 18th, 1959; L’Osservatore Romano

Are they to whom a revelation is made, and who are certain it comes from God, bound to give a firm assent thereto? The answer is in the affirmative… He to whom that private revelation is proposed and announced, ought to believe and obey the command or message of God, if it be proposed to him on sufficient evidence… For God speaks to him, at least by means of another, and therefore requires him to believe; hence it is, that he is bound to believe God, Who requires him to do so. —POPE BENEDICT XIV, Heroic Virtue, Vol III, p.390

Those who have fallen into this worldliness look on from above and afar, they reject the prophecy of their brothers and sisters… —POPE FRANCIS, Evangelii Gaudium, n. 97

Countdown to the Kingdom is a website, obedient to the final determinations of the Church, that puts forth what is called “private revelation”—prophetic messages sent from heaven to help us live more fully by divine revelation in our given hour on Earth. “Private” revelation is often meant by God to be universally spread and accepted. In other words, it is hardly meant to be “private.” Through “private” revelation, we have the Rosary given by Our Lady to St. Dominic; the devotion of the First Saturdays and the warning of World War II from Our Lady of Fatima. We have the warning of famine through Our Lady of La Salette, should people continue offending God, as well as Christ’s wish for Divine Mercy Sunday and the Divine Mercy Chaplet through His revelations to St. Faustian Kowalska—to name only a few. To disregard all private revelation without giving it any consideration would put us at serious risk of disregarding the Lord Himself.

But do not pretend that you are now done! The Catechism of the Catholic Church says:

“It is not [so-called ‘private’ revelations’] role to improve or complete Christ’s definitive revelation, but to help live more fully by it in a certain period of history. Guided by the magisterium of the Church, the census fidelium knows how to discern and welcome in these revelations whatever constitutes an authentic call of Christ or his saints to the Church. . .” (§ 67)

“In all he says and does, man is obliged to follow faithfully what he knows to be just and right.” (§1778)

The Catechism of the Catholic Church does not say: “Man is only obliged to follow faithfully that particular set of truths definitively put forth by public revelation’s deposit of faith.” But this subtle twist on Church teaching is, tragically, exactly what one sometimes hears in many Catholic circles today whenever Heaven’s urgent messages are shared: “Oh, that’s a private revelation? Pshh! I’ll respond however I happen to feel like responding, then; thank you very much and good day to you!”

This twist empties of almost all meaning our glorious duty as children of God to both follow our conscience and heed the voice of the Spirit always, which includes heaven’s ongoing instructions, blessings, warnings, and exhortations. Since when does some truth not being a clear and explicit constituent of the deposit of faith somehow empty it of value? Since when does this safeguard a Catholic against any possibility of having an obligation—even a dire and urgent one—to respond?

So, dear friends, stand with confidence on this invincible foundation we have in public revelation: contained in Scripture, growing through Sacred Tradition, and definitively interpreted by the magisterium. Dare not ever, in thought, word or deed—by commission or by omission—contradict these foundations (even if you thought an alleged private revelation was asking you to do so). But do not let the foundation from preventing you from climbing higher still.

Also see the following by Mark Mallett, author of The Now Word:

Can You Ignore Private Revelation?

Why the World Remains in Pain

Turn On the Headlights

Of Seers and Visionaries

If you are reading a translated page of this website from the original English, please keep in mind that there are likely to be errors in the translation.